*This business is not presently active. Read my essay on why failure is fiction.

This is a pretty good story, and some lessons to be learned for micro-entrepreneurs.

In July of 2012 I attended the second annual World Domination Summit, organized by my friend and mentor Chris Guillebeau. That conference coincided with the release of his newest book, The $100 Startup, which is one of my key books I keep returning to for ideas, grounding, and inspiration for micro-business creation.

During the closing speech, Chris introduced a radical idea that came together in the final planning stages of the event. He wrote about it on his blog, and announced it to the crowd at the event. My wife and I were sitting in there and loved what we heard:

They took the profit of the event plus a generous anonymous donation and proceeded to give away $100,000 to the crowd. $100 each for all one thousand attendees.

Each envelope came with instructions. Build something great. Create. Make. Ship. However you want to explain it the core was a challenge: go forth and start something awesome.

When I got home, energized from the conference, I started to outline a new idea. It would be called MinnesotaFLAVOR. Small format classes based on the food, drink, people, farming, and culture of Minnesota. These classes would be taught by local chefs, mixologists, and other such specialists. I'd be the organizer that would start the engine and keep it running.

The domain was registered and I got to work on the website and the things that go into a new business. All in all, I used $87.12 of the $100 to develop a new business from scratch. Pretty cool.

At the same time Chris announced he was hitting the road to promote the new book. Having organized his first Minneapolis visit for The Art of Non-Conformity in October of 2010, I stepped up to help organize the event for The $100 Startup. I reserved the Midtown Global Market for the event, hired my friend Mike Chew to return to play some tunes, got Kitchen in the Market to set aside space for the book signing, and announced to everybody that I knew that MinnesotaFLAVOR will be launching with Chris Guillebeau's visit. This was September 10, 2012.

The event went great. Chris' fanbase and my contacts got to meet, listen to both of us talk about our ideas, and celebrate the thoughts and goals of The $100 Startup. I was able to kickoff the MinnesotaFLAVOR project in style.

I thought the venue was perfect, funky and odd but with good seating, a stage, a PA system, and a way to introduce many people to a market with amazing food vendors they have never met before, which was part of the essence of MinnesotaFLAVOR.

Years later in his book Born For This, Chris reflected on that night:

The weirdest gig of all was in a grocery store in downtown Minneapolis. The venue wasn't as off-the-wall as it initially sounds: the store was part of a neighborhood revitalization effort, and it was surrounded by lots of interesting ethnic food shops. However, it was still a grocery store, with terrible acoustics and stage set up right across from the frozen foods section. Nearby shoppers who had come in for a gallon of milk and had no idea what was going on mingled with my readers who'd come out for the event. Once in a while, an announcement would come over the PA, interrupting my talk: 'Ladies and gentlemen, we have two-for-one pound cake in the bakery. There's also a special on cauliflower!

After that experience, I made a resolution: no more grocery stores.

Ouch! I thought I did a pretty good job on that event. Truth be told, it was at a venue that happens to have a grocery part within it, but the Midtown Global Market is not just a grocery store. Nor is it in downtown Minneapolis. Nor did the acoustics underperform. Nor did anybody get interrupted with pound cake and cauliflower announcement. Chris took a bit of license on the details, which is totally fine. I still had a great night and was on cloud nine with the announcement of my latest project. 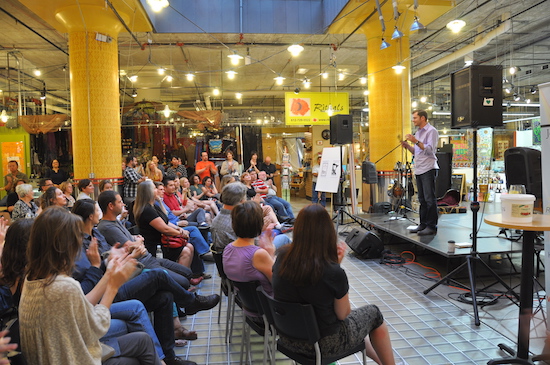 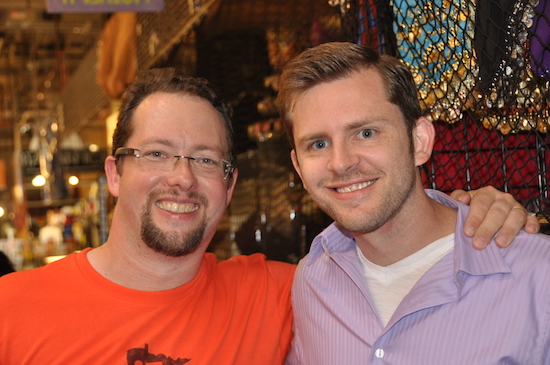 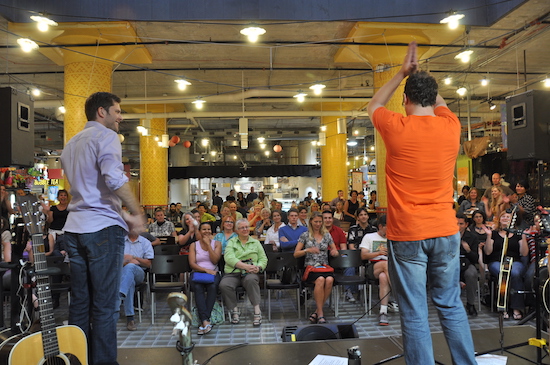 MinnesotaFLAVOR was far more daunting to run that I first realized. The logistics of organizing all the moving pieces, which I first estimated to be 5-10 hours a week of work after establishing some key components, turned out to be 20-30 hours. Many of the people I contacted to be instructors were suddenly too busy, or simply tough to pin down for a commitment. Keep in mind at the same time I had a day job 40 hours a week (a job that was draining me emotionally for I was slowly realizing I didn't like it and wasn't able to exercise any flexibility, creativity, or independent thinking) plus was running Twin Cities Wine Education.

After about three months I had to make a decision to let that idea go. It still exists legally, and I still have the website in my files ready to roll. The idea is solid, and I might bring it back in the future. In terms of business models, I like the idea of classes and focused instruction, especially with small groups. MinnesotaFLAVOR would allow me to go beyond the world of wine and into something bigger, but that 'bigger' part needs to be done right straight out of the gate.

In due time, possibly. But for now I leave it as a good example of making sure you choose the right ladder before starting to climb.